To share your memory on the wall of Anne Paskaruk, sign in using one of the following options:

It is with a heavy heart we announce the passing of Anne Helen Paskaruk, our beloved
Mother, Grandmother and Great Grandmother after living a fulfilled life of 94 year... Read More
ANNE HELEN PASKARUK
April 10, 1926 – January 28, 2021

It is with a heavy heart we announce the passing of Anne Helen Paskaruk, our beloved
Mother, Grandmother and Great Grandmother after living a fulfilled life of 94 years.

Anne was born on April 10, 1926 in Solowychy, Ukraine, the second eldest of four girls,
born to Roy and Marjie Swetka.

Anne arrived in Canada as an eleven-year-old with her parents and three sisters in June of
1937, at the port of Halifax, travelling to Shellbrook to join relatives and then settling in
the Paddockwood area.

On completing her schooling, Anne obtained employment at the Paddockwood General
Store where she worked the last three years of WW II. During this time, she volunteered
to help the local postmaster, to sell war bonds for the cause.

After having met Steve Paskaruk of Albertville, they married in 1946 and then moved to
Hamilton, Ontario where they worked and saved over the next seven years for a piece
of land back in Saskatchewan. Their first son Kenneth was born in December 1950 in
Hamilton, Ontario. Having longed to return home, they bought the family farm in
Paddockwood from Anne’s parents in 1953. Their second son, Larry was born in
October 1953 and their third son, Philip was born in January 1955.

In addition to raising her three children, Anne played a large part in running the farm
which included the usual daily farmyard chores, home making, gardening and the like.
Anne truly enjoyed the farm life and its challenges often reflecting on those years as
among the best in her life. In addition to the hard work, she found time for canning,
sewing, being involved in community and church activities.

Anne will be remembered by her children as a very generous and loving person who put
the interests of her family and others before her own. Anne often reminded them of the
importance for education and encouraging them to be the best one could possibly be in
whatever they pursued in life. Throughout her life Anne loved spending time and
catering to her family which brought her the greatest joy.

In 1973, Anne and Steve Paskaruk retired from farming and moved to Prince Albert
where she spent her remaining years. She secured employment with Peoples Jewellers
from 1973 to 1985 during which time she was one of the top sales people in SK,
receiving numerous awards while assisting in management duties. Family members will
tell you that Anne was highly motivated and not afraid of hard work but more
importantly helpful to others where she could in pursuit of her public and private
activities. During her retiring years, Anne maintained a keen interest in following


politics, square dancing, reading, and daily exercise. Anne was a regular attendant and
active member of her church involved in many of its activities always upholding a strong
belief in its Christian teachings.

Anne is survived by her three children, Ken (Ann) Paskaruk, Larry (Maggie) Paskaruk
and their son James, Philip Paskaruk and his children, Adam Paskaruk (Jessica
Macdonald), Kristin (James) Sedgwick and their children Lucy and Macy, and Lisa
(Justin) Fiske and their children Taylor and Mason, as well as numerous nieces, nephews,
sisters-in-law, brothers-in–law, extended family members and other relatives.

Anne was predeceased by her husband, Steve, her father Roy and mother Marjie, as well as
sisters Mary, Cassandra and Katherine and their husbands.

The Paskaruk Family extends a heartfelt thank you to the caregivers at Mont St. Joseph
Home for their compassionate and loving care while Mom was with them. Also, the
family would like to express their deepest gratitude to the nurses and doctors who
attended to Mom’s needs while at the Victoria Hospital.

Private funeral services will be held for the Family at the Holy Trinity Ukrainian Orthodox Church in
Prince Albert on February 8, 2021 followed by interment at the South Hill Cemetery. A
public celebration of Anne’s life will take place at a Memorial luncheon to be announced
at a future date when public protocols permit.

To send flowers to the family or plant a tree in memory of Anne Helen Paskaruk, please visit our Heartfelt Sympathies Store.

There are no events scheduled. You can still show your support by sending flowers directly to the family, or planting a memorial tree in memory of Anne Helen Paskaruk.
Visit the Heartfelt Sympathies Store

We encourage you to share your most beloved memories of Anne here, so that the family and other loved ones can always see it. You can upload cherished photographs, or share your favorite stories, and can even comment on those shared by others.

Anna's niece Lena Solowoniuk (Pashchuk) and her family in Ukraine prayed for the peace of Anna's soul in the church of the village of Solovychi, where Anna was born .... the prayer took place on February 23, 2021 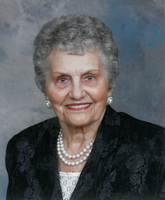