To share your memory on the wall of James MacDonald, sign in using one of the following options:

Provide comfort for the family of James MacDonald with a meaningful gesture of sympathy.

He will be fondly remembered by his wife of 59 years: Rosemary; his daughters: Jill, Faye and Lily; his sister-in-law: Ivy MacDonald and family, Donna and Don Thorsen, Lynne and Lenny Gunville, Kenny and Cindy MacDonald, Cameron and Anita MacDonald, Colleen MacDonald, Myrna and Scott Ridley and their families; his sisters and brothers-in-law: Shirley Neilson, Robert and Maria Spademan, Heather and Bob Bunton, Elizabeth McCarthy, Joe and Penny Spademan, Ethel and Donald MacLeod, Bertha Given, Art Spademan, Sandy and Margriet Spademan and their families; and many dear friends and neighbours.

Funeral services will be held on Saturday, January 4, 2020 at 11:00 a.m. at Calvary United Church, 114 - 25th Street East, Prince Albert, SK. Interment at a later date. In lieu of flowers, donations may be made to a charity of the donor's choice. Arrangements in care of MacKenzie Chapel & Crematorium Brian and Bev Stobbs, Renée Phaneuf - Funeral Directors. www.MacKenzieChapel.ca . 306.763.8488.
Read Less

We encourage you to share your most beloved memories of James here, so that the family and other loved ones can always see it. You can upload cherished photographs, or share your favorite stories, and can even comment on those shared by others.

Posted Jan 03, 2020 at 12:42pm
Rose & family
We were sorry that Jim's quality of life was not good the last couple of years, but are thankful that he lived a long productive life. It was a real privilege to work with Jim in the Co-operative movement. I always appreciated his excellent judgment and his great contribution to his community and society in general. He was a fine person and we will all have many fond memories of him.
With our sincere sympathy & good wishes to you & the family Rose.
Bill & Evelyn Marshall
Comment Share
Share via:
OA

Posted Dec 29, 2019 at 04:41pm
I want to extend my condolences to the family. Mr. - I was taught to address a man of stature as Mister - MacDonald was a role-model of mine . I never saw him very often but his reputation was stellar, and when I did meet him on occasion he impressed me
in my quest to be like him. Yes, Mr. MacDonald was a great man and his legacy is reflected by the family . Thank you for the memories Mister MacDonald.
Comment Share
Share via: 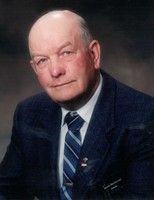