To share your memory on the wall of Gordon Tomtene, sign in using one of the following options:

Provide comfort for the family of Gordon Tomtene with a meaningful gesture of sympathy.

He was born on March 23, 1946 to Trond and Margaret (Gjesdal) Tomtene in Birch Hills, SK. After his high school graduation in 1964, he moved to Saskatoon to attend the University of Saskatchewan, where he completed his Bachelor of Agriculture degree in the spring of 1970. He married Barbara (East) Tower on April 24, 1971 in Edmonton, AB. Initially, they lived in Saskatoon where he worked for Federated Co-op, then moved to Birch Hills to farm in 1973. After a few years of farming, Gordon diversified and started a fertilizer business, Valley Soil Services, in the nearby town of Hagen, SK. After selling the fertilizer business in 1987, he continued to farm until 2008, when he decided to rent out his land and sell his machinery with the intent to retire, but his passion for farming prevailed and since then, he has worked contentedly helping out as a seasonal operator during seeding and harvest with Tomtene Seed Farm (his brother Terry Tomtene’s family farm). His last weeks before going into the hospital were spent doing what he loved the most; listening (and likely singing along) to country music, in a field, on a swather.

Gordon enjoyed long road trips in his truck and on his motorbike, either riding solo or with various friends and family. Wherever he was, he always had music playing, especially country, folk and rock. He liked warm destinations, motor culture, watching the stock market and regular meetings with a few close friends. He was meticulous in many ways, especially when it came to the landscaping of his yard...always in pursuit of the perfect hedge! He was generous to others, no frills, authentic and had a deep respect for God.

He was in a very good place both mentally and emotionally when he passed, thankful for the blessed life he got to live and had a child-like wonder about what might await him on the other side. He ate chocolates and pie, chewed on his toothpick, played country songs for the nurses and was so happy and peaceful. He handled an extremely difficult and uncomfortable situation with bravery and grace and left on his own terms, in the most dignified way. His journey here on earth with us is through, but he gets to be at peace now and his strength and spirit live on in our heart and memories.

Gordon was predeceased by his former wife; Barbara Tower (East), his son; Tronn Tomtene, and his parents; Trond and Margaret Tomtene.

Donations in memory of Gordon may be made to the Birchview Auxiliary, PO Box 578, Birch Hills, SK, S0J0G0
or online at: https://www.canadahelps.org/en/charities/birchview-home-auxiliary/ . Arrangements in care of MacKenzie Chapel & Crematorium Brian and Bev Stobbs, Renée Phaneuf - Funeral Directors. www.MacKenzieChapel.ca . 306.763.8488
Read Less

We encourage you to share your most beloved memories of Gordon here, so that the family and other loved ones can always see it. You can upload cherished photographs, or share your favorite stories, and can even comment on those shared by others.

Posted Jan 05, 2020 at 10:29pm
Sorry to hear of Gord's passing. Although I hadn't known him well, I was glad to see him at Mom & Dad's farm auction in 2006 where he worked for Dad one summer in the 60's while going to university. I remember him taking us kids at that time to the A&W in Weyburn once or twice in his convertible. What a brave soul! And I'll always remember him chewing on a toothpick :)
My condolences
....Brent Flaten
Comment Share
Share via:
AN

Posted Dec 28, 2019 at 09:27am
To Gordon, a caring, loving and great man I only met one time, when you visited relatives in Norway, in 2006. But we kept in contact by e-mail, last time on the 16 th of december. I will always remember you.
Love from Anne-Grethe in Norway.

Posted Dec 24, 2019 at 08:50pm
Mike,Meghan and family, We are sorry for your loss. Thinking of you during this difficult time. 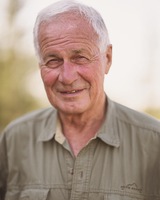