To share your memory on the wall of Anne Antoshewski, sign in using one of the following options:

To send flowers to the family or plant a tree in memory of Anne Marie Antoshewski, please visit our Heartfelt Sympathies Store.

There are no events scheduled. You can still show your support by sending flowers directly to the family, or planting a memorial tree in memory of Anne Marie Antoshewski.
Visit the Heartfelt Sympathies Store

We encourage you to share your most beloved memories of Anne here, so that the family and other loved ones can always see it. You can upload cherished photographs, or share your favorite stories, and can even comment on those shared by others.

Guaranteed hand delivery by a local florist
B

Posted Apr 10, 2021 at 03:13pm
My sympathies to you all! I have such fond memories of your Mom. She taught me piano lessons at the farm - bless her soul. I imagine I wasn’t the ideal student. Your Mom and Dad were friends with my parents, Frank and Amelia Will. I miss my Mom so much and know you will miss yours. It is never easy losing someone so kind. Bless you all. You are in my thoughts.

Posted Mar 29, 2021 at 05:38pm
Claire, Mark & Stella
Your Mother was such a sweet lady and always willing to help. My condolences to you and your families. There is another Angel in heaven now. Hugs and sympathies, Adrienne (Kowal) Lavoie
Comment Share
Share via:
ML

Claire, Mark and Stella My deepest condolences on the loss of such a wonderful mother, pianist, performer and author. My heart goes out to your entire family. 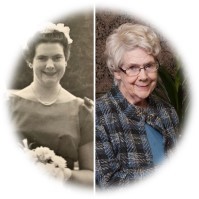 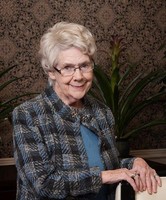