To share your memory on the wall of Glen Short, sign in using one of the following options:

Glen late of Birch Hills, SK was born November 2nd, 1926 in Birch Hills, SK and passed away in Prince Albert, SK on January 12th, 2021. He lived all his life between Winton... Read More
Glen Short

Glen late of Birch Hills, SK was born November 2nd, 1926 in Birch Hills, SK and passed away in Prince Albert, SK on January 12th, 2021. He lived all his life between Winton and Birch Hills. Glen went to school at Winton. He quit school to help around at home and working for others. Later, with his three brothers, they leased a half section of raw land on Muskoday Reserve. With 4 new axes from Scotts Hardware, a rented Case model L tractor and breaking plow from Tony Blanchard, they started farming that summer. They cleared 200 acres, making the land ready for seed in spring. All the bush and root picking was done by hand. Glen faced a lot of health issues in his life. In the 1950’s he was in the hospital for over two months with Rheumatic Fever. In 1990 he had major cancer surgery. For years he had heart problems and over the last few years failed vision. Glen is survived by his brother Clare; sisters-in-laws Eileen & June. Glen is predeceased by his parents Byron and Annie Short; his sisters and brothers-in-law Verna & Anthony Blanchard; Ida & Earl Byrne. Brother and sisters-in-law, Jim & Lily Short; Chester & Leona Short; Brothers Ray Short, Lyle Short. Visitation will be Thursday, January 14th @ 6:30 pm, MacKenzie Chapel, Prince Albert, SK. Private Graveside Service at Winton, SK. Arrangements in care of MacKenzie Chapel & Crematorium Brian and Bev Stobbs, Renée Phaneuf – Funeral Directors. www.MacKenzieChapel.ca 306.763.8488
Read Less

To send flowers to the family or plant a tree in memory of Glen O Short, please visit our Heartfelt Sympathies Store.

We encourage you to share your most beloved memories of Glen here, so that the family and other loved ones can always see it. You can upload cherished photographs, or share your favorite stories, and can even comment on those shared by others. 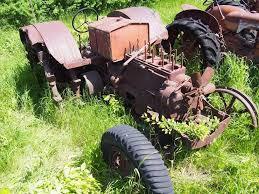