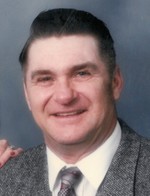 It is with great sadness that the family of Leslie “Daniel” Panas announce his passing on January 4, 2021, at Victoria Hospital in Prince Albert, SK

Leslie was a carpenter by trade, farmer, truck driver and could fix anything that needed fixing. He was an avid sportsman, loved fishing, hunting, camping, golfing, curling, football, and the Toronto Blue Jays. He also loved playing the guitar and playing Kaiser (10 no). He had a heart of gold and would help anyone he could. He always had a quick and quirky comment for anyone to make them laugh.
He will be sadly missed by his wife Marlene, his sister Sonya Sudol and Sharon Panas, mother-in-law Elizabeth Feschuk, brother-in-law Sheldon Feschuk, sister-in-law Janet Feschuk, numerous nieces and nephews and their families.

Due to covid restrictions, a service will be held at a later date