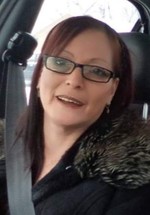 It is with deep sadness that the family of Shirley Petty announce her sudden passing on December 24, 2020 at the age of 54. Shirley will be lovingly remembered by her mother Lorna Gunn, her children : Ashley Zimmerman (Jamie), April Zimmerman (Justin), Amanda Petty, Michael Petty, and Stacey Stevens. Her special grandchildren : Taylor, Tianna, Brett, Matthew, Paige, Skylar, Nevaeh, Sierra, Tristen, Jordyn, Rylee, Braiden. Also 1 greatgrandchild Elizabeth. Her sisters : Christine (Bob) Delorme, Linda Petty, Bev Gunn, Dawn Demerais, and Lorri (Neil) Pasqua. Her Brothers : John Petty, Gordy Gunn, Warren Gunn, and Aaron Kuplain. As well as numerous other family members and friends. Shirley was predeceased by her best friend : Jack Settee, Her sister : Pearl , her step father : Gordon Gunn SR., her Father : Jack Petty, her son-in-law : Ryan Olmstead.
Shirley Petty was a private person and loved being at home out in her yard by the fire or on the deck relaxing with her small circle of friends and family. She also enjoyed playing cribbage and other card games. Bingo was also one of her past hobbies. Shirley had a very inviting home and she always made sure her home was clean and inviting for company. She spent a lot of time putting her special touches into her home. Funeral at a later date.