To share your memory on the wall of Peter Edwards, sign in using one of the following options:

To send flowers to the family or plant a tree in memory of Peter Henderson Edwards, please visit our Heartfelt Sympathies Store.

We encourage you to share your most beloved memories of Peter here, so that the family and other loved ones can always see it. You can upload cherished photographs, or share your favorite stories, and can even comment on those shared by others.

Posted Sep 22, 2020 at 02:57pm
Doug and Heather Walton
To Irene Edwards and Family
We send our heartfelt condolences on the passing of Peter. There are so many special memories to treasure over the 22 years working in Fisheries alongside and under the supervision of Peter. He was both a mentor and a friend. There are special family related memories to hold on to as well. May the peace of God be with your family at this time. You are in our prayers.

Posted Sep 21, 2020 at 01:49pm
To Peter Edwards Family
We would like to express our sincere condolences as to the passing of Uncle Peter.
When someone you love becomes a memory, the memory becomes a treasure.
Gone from our sight, but never from our hearts.
Edward and Linda Levasseur
Comment Share
Share via:
K

Posted Sep 20, 2020 at 01:38pm
To the Edwards Family,
I am so sorry to hear the passing of your father, grandfather and husband. My prayers and thoughts are with you all.
Love always,
Kelly Loroff

Posted Sep 18, 2020 at 08:53pm
We are sorry to learn of Peters passing, What a great & interesting person. We shared many hours with him watching Our boys play hockey together. Our son Trevor played goal. Now watch grandson as I’m sure Peter did as well. Condolences to you all.
Comment Share
Share via: 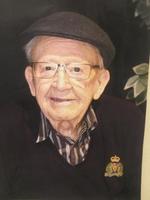