To share your memory on the wall of Hilda Soderlund, sign in using one of the following options:

Provide comfort for the family of Hilda Soderlund with a meaningful gesture of sympathy.

It is with great sadness that the family announces the passing of Hilda Emily (nee Smith) Soderlund. Hilda passed away peacefully on Thursday April 2nd in Prince Albert, Saskatchewan. She was 96 years young. Hilda was born November 11th, 1923 to Eric and Beryl (Taylor) Smith in Portage La Prairie, Manitoba,

Hilda always had a zest for life. In high school, she enjoyed participating in operettas; pantomimes, singing/dancing, and concerts. After graduating from Portage La Prairie High School, she took some college classes in Winnipeg. She tap-danced with a group of women during wartime to entertain the service personnel in airports and on military bases. She was an excellent seamstress and designed many of her own clothes and costumes. Hilda was one of the first 8 women to work at Southport Airport and later became one of the first women radio operators in the province. She was a skilled marksman, winning several awards and trophies. She learned a lot about gardening and flowers from her father who was a hobby horticulturist.

Hilda married Lloyd Soderlund in November of 1945 and they settled in Prince Albert, Saskatchewan. Their first child, Garry, was born with cerebral palsy and even while caring for him, Hilda maintained her own interests: gardening, baking (she was famous for her cinnamon buns), playing cards, learning to paint and to color portraits, being active in the church women’s group and entertaining. When her 3 daughters were born, she made almost all of their clothing. She loved her children dearly.

In 1963, the family moved to Orange County, California. During her life there, she worked as a tax preparer, a portrait artist for a photography studio and in the late 1970s, started her own business as a floral designer for weddings which she continued to do for over 30 years. She recently stated “I can still smell those roses. I met great people and saw wonderful venues and homes.”

Hilda loved all things artistic, interior design, entertaining, cooking shows, flowers, trees and nature. She was a great cook and fabulous hostess. She belonged to the Westminster Art Association and the Orange County Rose Society.

When asked where her favorite place to travel was, she answered “Coeur d’Alene, Idaho. Beautiful! Many wild animals, bald eagles. Got to have a camera! I shoot with a Canon 35 mm. I am a marksman, but don’t kill animals, or people. Paper targets are my choice.”

Her advice for young people today: “Whatever you learn will become an asset at some point in your life”

Her only regret was that she should have kept her pink silk ballet shoes from her Grandma in England.

She was preceded in death by her husband, Lloyd; her parents Eric and Beryl, her sister Jean, brother, Eric Sydney, and her grandson Riley.

The family wishes to thank Mont St Joseph Nursing Home for their care and support of Hilda in her time of need. Additionally, we thank Fern and Wayne Fernie and family for their gentle care-giving and love for Hilda.
A celebration of life will be held at a later date. The family asks that in lieu of flowers, memorial donations be made to RAD Camp which you can find at www.RADCamp.org.

Mackenzie Funeral Home has been entrusted with the care of final arrangements. Please visit Hilda’s online memorial at www.mackenziechapel.ca and sign her guest book.
Read Less

To send flowers to the family or plant a tree in memory of Hilda Emily Soderlund (Smith), please visit our Heartfelt Sympathies Store.

There are no events scheduled. You can still show your support by sending flowers directly to the family, or planting a memorial tree in memory of Hilda Emily Soderlund (Smith).
Visit the Heartfelt Sympathies Store

We encourage you to share your most beloved memories of Hilda here, so that the family and other loved ones can always see it. You can upload cherished photographs, or share your favorite stories, and can even comment on those shared by others.

Posted May 02, 2020 at 06:15pm
I will always have fond memories of Hilda. She was such a kind and joyful person. She will be missed by all who knew her.

Posted Apr 10, 2020 at 08:22pm
Oh, we will miss Hilda. She was an important part of our lives and gave so much of herself to others. We all loved her dearly. Love to each of you 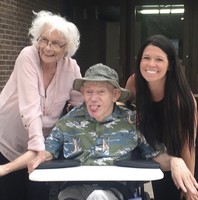 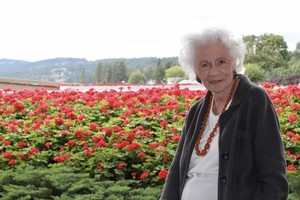 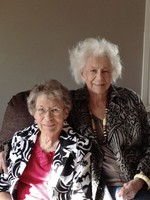