To share your memory on the wall of Louella (Lola) Lubyk, sign in using one of the following options:

In loving memory of Louella “Lola” Ann Lubyk who passed away on February 25, 2020.

Lola was born on October 1, 1957, in Prince Albert to Andy and Mary Anne Lozinski, the second of three children.

In loving memory of Louella “Lola” Ann Lubyk who passed away on February 25, 2020.

Lola was born on October 1, 1957, in Prince Albert to Andy and Mary Anne Lozinski, the second of three children.

Lola became a flight attendant soon after leaving high school and she enjoyed travelling around the world. Lola worked for several airlines including Norcanair, Time Air, Canadian Regional, Jazz Airlines and for a short time she worked overseas in Tripoli. The stories she told were as fascinating as the places she visited.

Lola had a great sense of humour and was very artistic. She enjoyed painting, crafting, sewing and gardening. She took great pride in all her hobbies.

Lola was predeceased by her brother: Joe Lozinski; her uncle: Danny Woloshen; and her grandparents.

The family wishes to acknowledge the wonderful care Lola received at the Victoria Hospital. We would like to thank the physicians and all the nurses and staff who provided such compassionate care.

In lieu of other tributes, memorial donations in memory of Lola may be made to The Salvation Army at 163 12th Street East, Prince Albert, SK, S6V 8C1. Arrangements in care of MacKenzie Chapel & Crematorium Brian and Bev Stobbs, Renée Phaneuf - Funeral Directors. www.MacKenzieChapel.ca . 306.763.8488.
Read Less

To send flowers to the family or plant a tree in memory of Louella (Lola) Ann Lubyk, please visit our Heartfelt Sympathies Store.

We encourage you to share your most beloved memories of Louella (Lola) here, so that the family and other loved ones can always see it. You can upload cherished photographs, or share your favorite stories, and can even comment on those shared by others.

Jim Boyko and Jessica, Matthew, and Mikaela have sent flowers to the family of Louella (Lola) Ann Lubyk.
Show you care by sending flowers

Posted Mar 16, 2020 at 11:16am
My husband Jack and myself first met and worked with Lola at Norcanair; she was always friendly and had a nice laugh. Through the years as we changed from one airline to another we would always meet up in some airport or on some airplane and enjoy a visit. She worked with our daughter in Calgary as a flight attendant as well. Always a beautiful smile and a soft spoken conversation with Lola. Our sympathies to all her family and close friends. jack and Deanna Szakacs
Comment Share
Share via:
JK

Posted Mar 04, 2020 at 07:55pm
Lola was a very kind and compassionate lady. She always thought of others before herself.I very much enjoyed the years we spent together in the aviation industry at Norcanair. I can still see her smile that would make and unpleasant moment a happy one. She had such a calming personality and was a joy to be around.Lola now soar with the Eagles,the best is yet to come.Jack W. Klassen

Posted Mar 04, 2020 at 04:13pm
She was raised right . Lola was super honest Almost to a fault and so thoughtful. She was a perfectionist almost so much that I thought she was too hard on herself and not giving herself any flack.If she didn’t think something was right she would let a person know it. She attended my wedding and the birth of my only child so let me just say she was always there for me.I spoke to her in January andI wished I had seen her 1 more time if only I’d known.
Comment Share
Share via:
B

Posted Mar 03, 2020 at 02:15am
I am truly sorry for this unexpected turn of events.Lola and I met 30 years ago and have been friends since although we only talked on the phone the last few years.We met while I was a waitress and she came in with the flight crew.I was fascinated with her stories from Libya when all the flight attendents would go suntan on the roof of the hotel to get privacy in that Muslin country and meantime the hotel staff were charging admission to the local men for a peepshow while they were suntanning in their bikinis!Or the time that she was arrested and interrogated for being out past curfew in Libya but was let go.A few years ago we went to Houston for a few days for a mini holiday and went to the Houston Zoo.Houston was 1 of Lola's favourite runs and she wanted to show me.When I was flying small planes she went up with me a couple of times and I knew she wasn't the least bit nervous.She had told me flying stories of lightening 1 time going down the aisle and right out the fuselage in a tiny pinprick hole.Also the time the plane skidded down the runway on it's belly because the landing gear wouldn't come down!Also the time where Lola and I did our 1st and only skydive jump at Bieseker,Alberta like 29 or 30 years ago.She definitely was not boring and had a rare spirit of adventure and I will miss her a lot and my condolences to her sister Justy and her parents who I had the pleasure of meeting long ago.You were 1 of a kind Lola and I will never forget you!........Brigitte.
Comment Share
Share via:
D

Posted Mar 02, 2020 at 08:39pm
It has been a long time since I first met you , you and your late uncle Danny were in the Malbaro hotel lounge , we sat and drank , you gin and seven . And me a beer . You were 18 and had your brown bobcat . We were friends for several weeks , until we went in different directions in life . Your life was good i am thinking , way too short . Maybe we will share a gin and seven again someday . Derrick Spence am old friend .i sent you flowers but they said they did not know where to send them . I am currently on vacation in Cuba . News is slow here .
Comment Share
Share via: 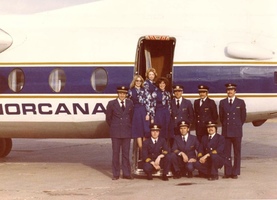 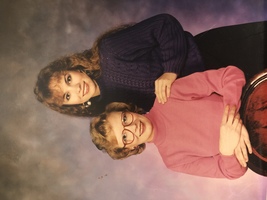 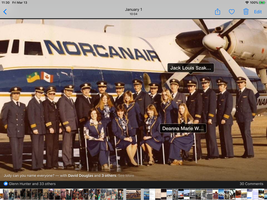