To share your memory on the wall of Duncan Gibson, sign in using one of the following options:

To send flowers to the family or plant a tree in memory of Duncan King Gibson, please visit our Heartfelt Sympathies Store.

We encourage you to share your most beloved memories of Duncan here, so that the family and other loved ones can always see it. You can upload cherished photographs, or share your favorite stories, and can even comment on those shared by others.

Posted Aug 23, 2019 at 08:40pm
I shall miss Gib sauntering down the hall and his quick wit and conversation. I shall never forget him telling me how he came to be in the Prince Albert area....he informed me he was running from the law and it was too darn (had to edit for the page, it was not really what he said it was different "d" word) cold here for them to come looking for him here. My thoughts are with the family!
Comment Share
Share via: 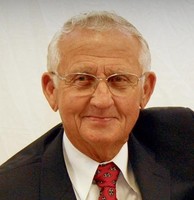